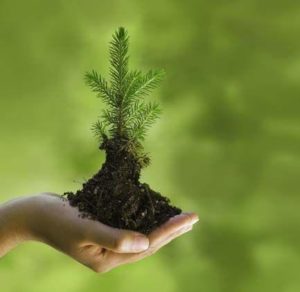 For many university students, the brutal labour of tree planting provides the summer paycheque necessary to return to school in the fall. The mental drain of the task is equivalent to cramming a BA’s worth of term papers and exams into a two-month period. Physically, it is the hand and shovel answer to the mechanized mass-harvesting of British Columbia’s most prized and threatened resource, trees.
I spent my first summer of tree planting in a cut block two hours north of Quesnel, and experienced firsthand the struggle to earn the following year’s tuition. So, if the slog of summer study in the city is getting you down, consider the alternative life of the interior tree planter.

I’m told by the manager of the Quesnel Subway that “Robin’s Roost,” the campsite where I’m to meet my new foreman Gerome and my crew, is “a couple of kilometres outside of town, up the hill and left at the mall.” I don’t know what the summer holds and so I eat my meatball sub slowly, enjoying my final moments of fluorescent lights and air conditioning. On the radio, the Canucks trail the Hawks in the fourth game of the playoffs.

Robin’s Roost is a garden of tents, with red, yellow, and blue tarps protecting occupants from the destructive UV rays of the sun. Recreational vehicles line the edges of the field; I wonder how their elderly occupants feel, sharing the campground with tree planters. The camp is quiet. Planters gather around tables, or hack. Only a couple of bottles of beer are visible.

This is the first campsite I’ve set up tent in since travelling with my family on grade school holidays. My brother David and I set up my tent off to the side. We transport the gear into the vestibule of my new tent. Shovel, bags and tarp are to be my equipment for the summer, nylon pants, long-sleeved shirts and polypro underwear my uniform. The last two summers I worked in the grey shirt, blue shorts and badge of a B.C. provincial park operator. I feel uncomfortable amidst the chaos. I feel as though I am neglecting my park duties and should be cleaning the sites or enforcing alcohol by-laws.

I fail to locate Gerome, the foreman who hired me, so I join a circle of planters busy hacking. As we take turns kicking and catching the small bean-filled knit bag, I manage to catch a few names: Lon, a fellow studying photography at Emily Carr; LiseAnne from McGill with the attractive French- Canadian accent; and John, who is in computer studies at UBC.

Soon, Gerome arrives. He honours the verbal commitment we made over the phone last month and signs me on to the crew. We’re delayed slightly when his emergency keys fail to open the rental van. Eventually he locates the original pair. I sit in the passenger seat and complete the tax form and the contract that Nechako Reforestation requires from all its tree planters. I write down my sister’s name as my next of kin.

Eric, a rookie foreman, joins us. He is already worried about the productivity of his crew, though they have been planting for only four days. I asked him if he enjoyed his years planting. “I fucking hated it. But you’ve just got to keep in your mind the money you make with each tree.”

The next morning at the safety meeting I first encounter Don, the supervisor of the camp. Ultimately, he is responsible for the planting crews led by the foremen. We stand in a circle as he lectures in his red timber cruising vest: “No trees in ditches. No firs in wet land or spruce in gravel. One tree per hole. One fellow planted seven in a single hole. He no longer works here.”

The fellow next to me, a French-Canadian, nudges me when Don mentions bear hazards. “A friend of mine last year,” he says in a strong accent, “was eaten by a grizzly bear. The bear came at him and he lay down and covered his head. It took a big chunk out of him here.” The guy growls and grabs my side just below my rib cage, making me jump. “If I see a bear,” he says, “black or brown, I run.”

Gerome drives the two rookies, Jean and I, to the far end of the cut block. He explains that each plot is marked by lines of flagging ribbon. To cut a plot, a planter will run a line of ribbon from the road to the forest, parallel to the last planter’s line. The plot is planted from the top to the bottom in vertical lines.

Gerome fastens my planting bags to his waist and takes my shovel. “One: probe the earth with your shovel for soil. Two: kick to expose the soil. Three: stab your shovel in and rock it. Four: pry open the ground and slide the seedling in. Make sure the roots go straight and deep. Five: close the hole with a couple of stomps. Six: two steps and you’re on to your next tree….”

Sprawled in the van in stocking feet and stinking clothes, we finish the day with the ritual record of trees planted. Gerome calls our name and we call the number of trees we planted. It’s a confession when your numbers are low; a boast when your tree count is high.

My right foot troubles me the most. The plastic casing of my black plastic moonwalker boot cramps my right foot mercilessly. My head is aching from dehydration and stress despite my consumption of three litres of water.

Supper tonight is lasagna. I have been looking forward to supper since lunch. There are mounds of lasagna with peas, garlic bread and a chocolate cake four inches high, a minefield of peanuts, with a heavy layer of whipped cream. Wendy, the camp cook, is in her 20s, distractingly beautiful, and amazingly talented. She toils in the back of the four tonne that constitutes the camp kitchen. I have not feasted this well since leaving home two years ago.

Our crew is stuck with the evening camp chore of setting up the outhouses. “Better than taking them down,” Gerome points out.

The weather looms. The light is the colour of used bathwater: gray and ominous. I was hoping at six a.m. that it was just an awkward sunrise but these clouds look to hold rain or, should misfortune reign, snow.

I eat a lighter breakfast today-granola mixed with yogurt, three melon slices and a berry muffin. The hashbrowns and eggs are too much of a shock to my system.

Lunch consists of two pita breads folded around mayo, tomatoes, sprouts, lettuce, onions, cheese and the meat of the day. Two apples, an orange and walnut brown sugar squares balance my diet. I also throw a roll of toilet paper stolen from the outhouse in my pack. It’s always important to be prepared.

We stop early, snowed out. I thought early this morning that the occasional snowflake and chilled air make for a good planting environment. Within the hour I change my mind, when flurries arrive with four centimetres of snow. On the block it becomes increasingly difficult to locate and plant off my trees. Even without the trees buried in snow I have a hard time locating them as they are camouflaged in the green growth and dirt of the trenches. My hands are freezing.

I stand alone on the cut block. A new layer of white litter lies on the broken ground. The snow lines the discarded trees, covering the ground and hiding my seedlings. A stand of two adult birch pose stark against the sky. A desolate depth is given to the earthscape by the light reflected from the heavy sombre clouds. A crow glides over neglected timber, through absent trees. There are no thermals and the crow is forced to flap to gain height. The black bird crosses Charles’ plot, the landing, the logging road, and follows the clearcut to the bordering forest on the far side. I stand alone with three birch and two distant cottonwoods. We do not make a forest.

But my bags hold a small forest. In 20 years, when the wind has blown down the lonely birch and cottonwood, there will be a growth of young pine, spruce, and fir, spaced roughly two metres apart.

Spirit of the West has replaced Lowest of the Low on the radio. We’re heading to a new block. The van is packed with members of Don’s crew as well as the mascots, Dawson and Wheels.

Luc, Charles and I spend the first day planting a hill a quarter-covered with snow. The snow on the north face of the slope is so deep that I have to use my shovel as an ice axe. I sink past my knees with my full bags of trees. My shovel is essential for balance and it also serves as a lever to pull my body forward as I crawl up each ascent, pausing ever so often for a breath. The descents are simple and exciting. One running jump and a slide with a couple of shovel strokes is all it takes to reach the bottom.

Gastro-intestinal relief arrives this afternoon. Pressure was mounting to the point where my stomach was constantly upset and cramps interfered with my planting. At three p.m. I relieve myself, squatting in the shelter of a fallen cottonwood the clear cut land stretching out before me. It is somehow ironic, shitting on a cutblock; defecating on a wasteland. My system has finally resolved the three-day stress of arrival, camp and planting.

“Keep in mind the two ‘S’s,” says Gerome as we walk back to the van at the end of the day, “species and spacing.” I would add a third: sanity. Each species is planted in the same way but in different terrain. The firs are planted in the drylands, on hills and in gravel; the spruce, in the wet swamplands; and the pine anywhere in between. The spruce trees share the long plugs of the fir but have shorter, sharper needles in comparison to the longer needles of the fir. The pine trees are the smallest of the three with the shortest plugs and needles of moderate length.

I feel strong and happy this morning, but it peters off by midday. I am aiming for a thousand. It doesn’t happen. I score 770. My shovel hits rock, dives through depthless duff and raises ashdust in wet burns. My left hand is raw from pushing seed plugs into the earth. My right wrist aches from the rocks that contradict my shovel.

The physical complaints are bearable. What I find disturbing is the thought that tomorrow morning I will crawl out of my warm bag, out of my tent, into the van and onto the block. My body will be occupied by physical labour but my mind will be free to wander. Ten hours of free range thought: What am I doing here? Why did I not get her phone number? My kindergarten teacher’s name was…? What am I thinking? Where did Puff the magic dragon live? Sanity is all relative to the number of trees you plant.