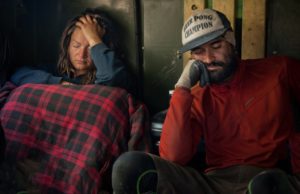 Nearly 900,000 hectares of Canada’s forests are harvested on an annual basis, 379,000 of which are manually re-planted by tree-planters with an estimated 509 million seedlings. These tree-planters consistently carry loads exceeding 16 kg while repetitively bending over 200 times/hour.

Although injury rates in most industrial sectors have decreased in Canada over the past decade, injury rates in the forestry sector continue to rise. The ultimate goal of this research project is to reduce injuries to reforestation workers.

Worker posture has been assessed in a field setting by tracking the 3D kinematics of the upper extremities and trunk during the planting task.

Planting strategies, such tree-unloading methods will be evaluated in the field to determine effect on posture during the planting task. These same strategies will be evaluated in a lab-setting for their effect on both posture and joint loading. These data will provide a basis for design of more ergonomically sound equipment which improves posture to reduce injury to workers.

Tree-planters are likely to suffer from musculoskeletal injuries during their short work season. The objective of this research is to identify the biomechanical mechanisms that contribute to these injuries with an overall goal of reducing injury frequency and severity. Pre- and post-season discomfort questionnaires were administered to workers in two tree-planting camps to identify areas of the body most prone to injury. Musculoskeletal pain and discomfort were significantly higher post season. Greatest pain and discomfort were reported in the feet, wrists and back, while the highest frequency of pain was reported in the back. Upper body and trunk postures were recorded during the tree-planting task in the field using digital video and inclinometers. Results indicated that deep trunk flexion occurred over 2600 times per day and workers spent at least half of their workday in trunk flexion greater than 45 degrees. Although results provide useful insight into injury mechanisms, postural data were two dimensional. Inertial motion sensors were used in a second field study the following season to examine differences in three-dimensional upper limb and trunk relative joint angles during commonly used tree seedling unloading methods. Results showed trunk rotation up to 50 degrees combined with deep trunk flexion during parts of the task. Trunk flexion and rotation were significantly less when the tree seedling load was distributed asymmetrically as compared to symmetrically. Joint reaction forces in the lower body and trunk during the same unloading methods was examined during a simulated planting task in a lab environment. Greatest joint reaction forces and non-neutral postures occurred when the tree was inserted into the ground. Right-loaded planting bags resulted in more substantial differences in posture and joint reaction forces than either left-loaded or even-loaded bags. Axial forces were greater in the right leg than the left throughout the task, regardless of loading condition. In conclusion, underlying biomechanical mechanisms for injury during tree-planting seem to be a combination of awkward postures (particularly the trunk), repetitive motions, and carrying of heavy loads. Different seedling unloading strategies did not result in substantial overall differences in posture or joint reaction forces.