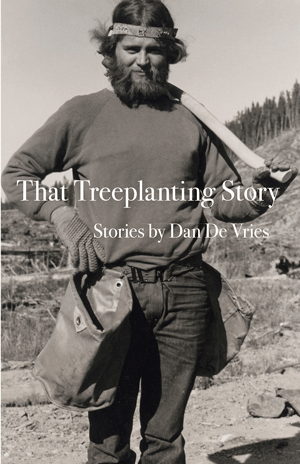 That Treeplanting Story is a cycle of eight tales, including two novella length, set in or around treeplanting camps in British Columbia in the mid-1970s, the earlier days of the enterprise before it started to industrialize. The first four stories were awarded an Avery Hopwood prize in major fiction at the University of Michigan in 1980.

Dan De Vries was born in Grand Rapids, Michigan and has lived in San Francisco since 1991. During the time in which these stories are set he lived in Vancouver and planted in BC.  Before then, Denver and Laramie Wyoming and afterward in Ann Arbor, and periodically up and down the San Francisco peninsula. Grad school in Wyoming and the University of Michigan.  He has also published a book of poems, Past and Presently, with IFSF.