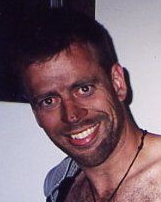 Started in 1990 with Tsuga Forestry where he learned to plant fast thanks to his mentor Tom McSwiggin (a 6’7″ planting machine from PEI and professional teacher).

Personally planted an estimated 700,000 trees in 4 years while going to the U of C.

Supervisor and co-owner of Sundog Forestry – an Alberta-based tree planting company that was repeatedly rated as one of the best companies to work for by its employees.

Scott now lives in Vernon, BC with his wife Marcelle (also a former planter), son Ryan and daughter Sydney.