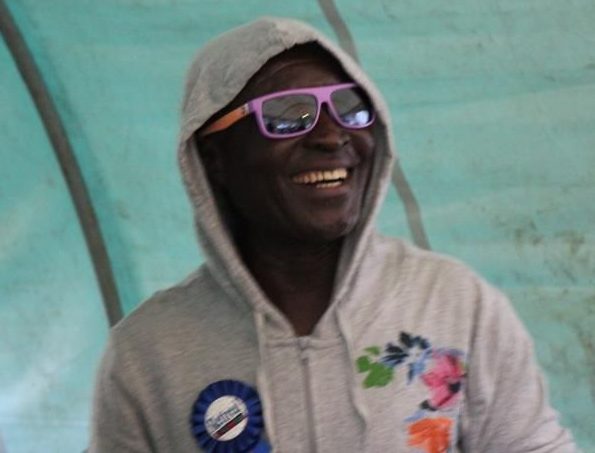 A native of Ghana where he still owns a pineapple farm, Clement began planting roughly 10 to 12 years ago for Bruin Reforestation, later making the switch to Next Generation Reforestation. Prior to working as a planter, he held positions ranging from an English professor to being a clerk in a German embassy. He is an iconic camp character who’s wisdom, work ethic, attitude and plethora of stories would be an asset in any tree planting camp across the country. He is one of the first up every morning eager to go to work, and often the most reluctant to return home to camp after a long day on the block. Indicative of this focus was his motto last summer, “work and happiness”, which was immediately adopted by the entire camp as our slogan.

Clement retired from tree planting late last summer after finishing a full summer of work in BC and Alberta with NGR working for his good friend Dale. What separates Clement from the dozens or perhaps hundreds of former 10 plus year planters deserving of being part of this hall of fame, is that he is likely the first of any of them to retire from planting and begin collecting a pension. After a rousing retirement speech, Clement revealed his much speculated age, telling us that he planted his final tree on his birthday. He was turning 71 years old.