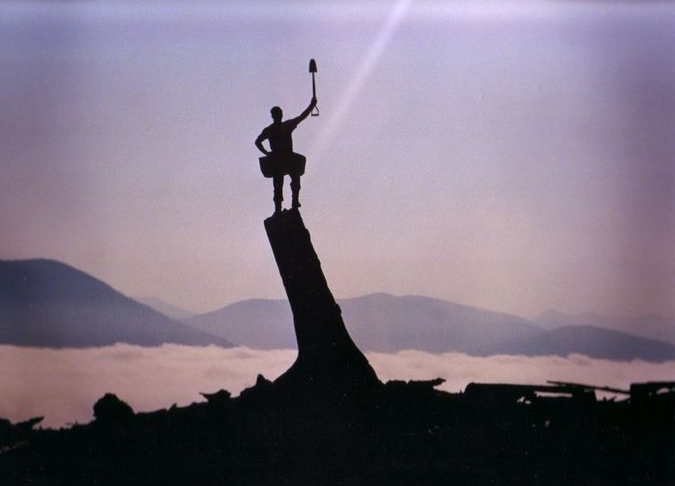 Franz Otto is a good candidate for the Hall of Fame because of both Puck and more importantly because of his reputation and accomplishments as a planter.

This guy showed up on our crew yesterday. I KNOW WHERE HE IS – Ha! he’s working for Celtic on Vancouver Island and apparently he’s Hot Shit. He must be because he replaced me. Ha again. I won’t tell you why that’s funny. Anyways, that’s all the “more” that I know.

What you say about Franz Otto is true. I met him in 1982 on a lousy Roots contract (one of many) on the MacGregor, east of PG. He had a flatdeck truck with a camper strapped onto the back and would camp on the block. During the working day he would down jars of honey for quick energy, and as the ground was trenched, moved very fast. I heard that he has had reconstructive surgery on his shoulder. I’m amazed that he’s still planting. I tip my hat to you Franz. – The Shaker, Triple 8 Ent. 1982-1995 – Bruce Parker (March 2005).

As good as they say he is! In the fall of 1994 I was on a Backwoods contract that he was also on. He would put in between 2000-3000 trees a day on land we were getting 25 cents for. Unreal. The guy is legendary that i have been around camp fires where planters publicly doubted his actual existence, and claimed he was a planting urban myth. I might have thought so myself if I hadn’t seen him with my own eyes. – Rob Maurer (Dec 1, 2005)

Franz Otto planted on my crew for a fall plant in 1994 in Meziadin Junction, BC. I heard of his reputation before he arrived and was skeptical of all the rumours. He was fantastic to watch and a dream for a foreman. I’ve never seen a work ethic like that before from anyone. His numbers tripled those of the next best planter (who was far from a slouch). There is so much emphasis in this Hall of Fame on numbers. One thing lost is the quality of the work were trying to highlight. Franz consistently planted some of the best looking trees I’ve ever seen. Like I said, he was a joy to foreman. – Paul Blamire (Jan 16, 2006)

I planted in the same camp as him very occasionally in the early 90s, and to have put in the numbers he did back in the shovel screefing days was astounding. If there was only one person in the hall of fame, without a doubt Franz Otto would be the one.

Yes, the legend is true. In the fog of my memory I believe that he passed me many times during the course of a contract with Triple 8 back in the late 80-early 90’s . He would be making 3 trips to the cut block to every others’ 1.