The Bear Scare and Bad Leadership 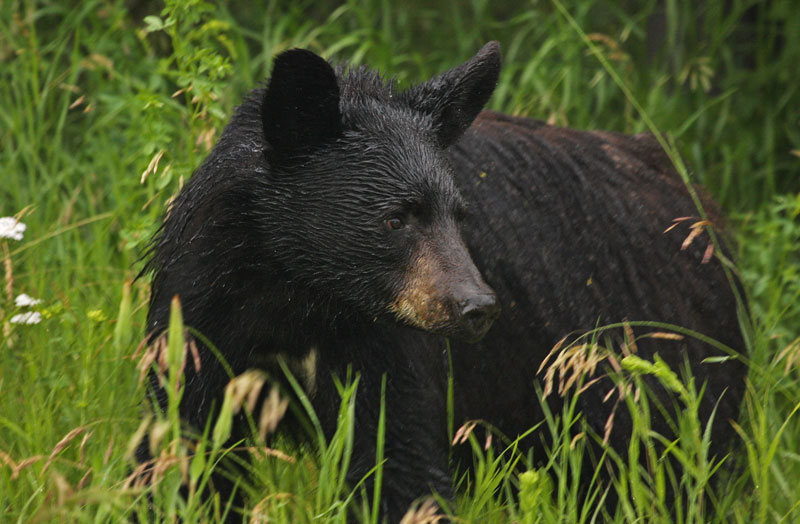 One of the craziest stories I can recall from treeplanting draws from the advice and management of a terrible rookie crewboss. This story is about bears, but more specifically it’s about how one crazy crewboss showed no fear or regard for her planters. It was the second shift planting a contract in Beardmore Ontario and the bugs hadn’t even hit yet. I was slowly planting my day away when I saw a group of planters convening on the road nearby. I was still new to the concept that every six to ten seconds wasted I would lose eight cents on my daily earnings, so I went over to see what was up. When I got there I found that earlier in the day a bear had stalked a girl a good 75M to the road before other planters noticed her yelling and backing away. They came to the rescue and the bear ran away.

But that was not the reason the group was standing on the road fuming.

Our crewboss had given the threatened planters a bear bell and instructed them to get back in their piece. The next day in the same area a young rookie was eating her peanut butter and jam sandwich in her piece. The bear returned once again following the planter. This time our crew boss took a different approach. She accused the uninformed rookie of being a “stupid city kid” and proceeded to insult her until she began crying in front of our whole crew. This was not the last we’d see of that bear.

Our timing was too perfect. We had arrived on the block just as the bear had come out of his hibernation and of course he was hungry. Not much was growing so we understood his curiosity and hunger, but the bear’s persistence in stalking planters was cause for concern.
Several days after the first two incidents I was planting a shallow piece about 100M from the road when I heard screaming. I looked up and saw a huge black bear heading straight for two vets. One guy had a shovel and the other was holding a log above his head. They were waving their arms yelling “GO AWAY BEAR!” I immediately began blowing my whistle and sprinting through the slash towards them. Before I could get there the bear curved his path away from the planters and stole a dry sack from under the cache feet away. He promptly turned around and ran back into the treeline. I stopped running; out of breath and relieved. My arms and legs began to sting from the numerous cuts and scratches I’d received while running.

I walked over to the cache and my two friends were now relaxed and laughing at what happened. Later that day further down the road a bear stalked another treeplanter and we were forced to take refuge in the bus while a member of staff “took care of the problem bear”. We waited restlessly in the bus listening as another planter soothed us with a reading of the junglebook.

A meeting was held in camp that night letting us know the bear was no longer an issue, but should not be spoken of. I later found out that a deliverer and checker had gone into the piece where the bear was last seen. One was armed with a shovel and the other had a compound hunting bow and hatchet. After hitting the bear with an arrow the two tracked the bear until it charged the two and one of them struck it with the hatchet. I later saw one of the bears claws which the checker had given to my friend. It had belonged to a very large black bear.

Later in my contract my friend told me she had seen a bear in her piece and our crewboss was finding her another one. Several minutes later I saw my questionable crewboss bringing another unsuspecting rookie to the piece my friend had just left. I talked to him later and she had given him no warning that a bear was seen in the piece.

These experiences have taught me to remember that treeplanting is dangerous and although these dangers are often unavoidable they should be treated with respect and reverence. Every veteran planter has experienced a near miss or had a friend tell them their own near death story. The thing they will all have in common is that they occur in remote locations very far from any aid or hospitals.